This blog may contain affiliate links. Read our disclosure policy for more info.

The craft beer scene in New Zealand has exploded. In every town and city, you can enjoy locally crafted small-batch craft beer made with love. This is music to my ears because I love craft beer!

In Queenstown, things are even better. Within a short drive of town, you can visit not one but four breweries! On top of that, there are a few bars in Queenstown that stock a huge range of New Zealand craft beer. It’s safe to say there is no shortage of craft beer in Queenstown.

So, if you love craft beer as much as I do and are planning on visiting Queenstown, then this is one blog you’ll want to read. In it, I include the 8 best places to drink craft beer in Queenstown. This list includes all of the local Queenstown breweries as well as some bars that stock more craft beer than you could try. So, why not enjoy one of the best things to do in Queenstown – drink New Zealand craft beer!

I’m starting this list of places to drink craft beer in Queenstown with my favorite brewery. Searchlight Brewery was one of the first breweries in Queenstown and this place is locally owned and operated.

Let’s face it though, the reason I love Searchlight is that the beer is amazing. Lewis, the owner and head brewer, knows how to craft an excellent tasting beer. My favorites include the IPA, Pale Ale, and Porter. Funny thing is, I usually don’t enjoy Porters, but at Searchlight, it’s one of my favorites!

Searchlight Brewery is located a little out of downtown Queenstown in the industrial complex on Gorge Road. You can get the local bus out to the brewery which is handy because you’ll certainly want to have more than one craft beer!

Visiting Searchlight is easily one of the best indoor activities in Queenstown. So when the weather’s not the playing ball, or you just want an excuse to drink locally brewed beer, head to Searchlight Brewery!

If you want to enjoy craft beer in Queenstown down by the lake, then Altitude Brewing is the best place to go. This local brewery is located along the shores of Lake Wakatipu near the Frankton Recreation Reserve.

Altitude Brewing is a small brewery, however, you’ll actually find their beer on lots of supermarket shelves sold in single bottles. It’s still very much craft beer, but if you love it, you can find it in other places around New Zealand.

Of course, there’s no better place to drink their beer than straight from the taps at their brewery in Queenstown. What I love so much about this place is the location. Their outdoor seating is literally meters from Lake Wakatipu and on a sunny day, it’s the best place to be in town. Enjoying the views with an ice-cold beer for around $10 NZD is definitely one of the best cheap things you can do in Queenstown!

The brewery is located a little out of town, but the best part is that you can actually walk or ride there on the Queenstown Trail that follows the edge of Lake Wakatipu! Wandering this trail is a great free thing to do in Queenstown on its own, but paired with Altitude Brewing, it’s even better!

Arguably the largest, most developed brewery in Queenstown is Canyon Brewing. Although still a microbrewery, the brewery has a large restaurant to go with their great beer that actually overlooks the Shotover Canyon. In fact, you can actually have a beer and then walk down to ride the Shotover Jet. It’s easily the best-located brewery and considered a romantic place to visit in Queenstown.

Despite the large establishment, their head brewer is kept really busy in the microbrewery on-site crafting great beer. I actually met him on the day they opened and got to see just how passionate he is about beer. The food is good, the location perfect, and the beer is delicious! What more could you want from a brewery in Queenstown!

Fun fact – The crazy thing about Canyon Brewing and the two other breweries mentioned above, is that they all opened around the same time. In fact, I actually visited them all one Sunday on a craft beer tour in Queenstown and they were all either just opening or about to in the coming weeks. It was crazy, in the space of a couple months we got three breweries in Queenstown!

Cargo Brewery isn’t actually in Queenstown, in fact, it’s actually amongst the vineyards in the Gibbston Valley. However, it’s one of the best places to try craft beer in Queenstown and a local favorite.

If you take a trip out to the Gibbston valley to Cargo Brewery, you’ll find their small operation in shipping containers next to Bald Hills Cellar Door (a winery in Queenstown.) The beer is tasted out of the winery’s cellar door. So, if you;re visiting with a wine lover, you can have beer and they have can wine! In fact, I often mix up my tasting paddle with wine and beer!

On the property, you can sit outside with breathtaking views, play games, and just enjoy the beautiful Gibbston Valley. I first visited Cargo Brewery on a beer and wine tour in Queenstown. Despite loving their wine, the beer was amazing too. But I must admit something… my favorite drink is the Lillevik Cider! It’s so delicious… I’m sorry!

If taking a trip out the brewery is a little far then you can also pop into their taproom called Cargo at Gantley’s Pub & Café at Arthurs Point. It’s actually located down the road from Canyon Brewing so you can visit both at the same time! How does the saying go – two birds with one stone!

Related read: Are you a wine lover? Then consider reading about all the best wine tours in Queenstown and booking one for yourself.

That concludes all the breweries in Queenstown. However, in order to try the largest range of craft beer in Queenstown, you actually can’t just go to a brewery. You see, breweries usually only stock their own beers, so if you like a specific type like IPAs (my favorite) then you’ll only be able to try one at each brewery.

Instead, visit one of Queenstown’s best craft beer bars. There are a few to choose from and below you’ll get to know them all, but first is my favorite, Atlas Beer Café!

This small (I mean really small) bar is tucked away along the Steamer Warf where the cruises in Queenstown depart from. The bar literally has a maze of taps that all pour New Zealand craft beer. In fact, Atlas Beer Café often only has one keg of each beer and once it’s gone, it’s gone. Although annoying when I find one I love, you always get to try something new.

Atlas also serves good pub food so head down for some wings and some craft beer in Queenstown! This is my go-to place after enjoying one of the best hikes in Queenstown. You know, to recharge!

23 delicious taps of beer! That’s the first thing that comes to mind when I think about Beech Tree in Queenstown. The small craft beer bar serves so many great beers and the best part is they have them all on their website. Yes, I’m one of those people. You know, the ones that research the menu at a restaurant beforehand and already have my meal picked before I walk in the door!

If you are too, then jump over the Beech Trees website and check out that huge selection of craft beer from all over New Zealand. Then, head down with that knowledge and go try some beer. If your game, try the Dumped the Trump, it’s a 9.9% triple IPA!

The bar is located on Beach Street in Queenstown upstairs. I love sitting at the bar-style tables along the windows. You can sit back with a cold brew and people watch.

Smiths Craft Beer House is one of my all-around favorite places to drink craft beer and party in Queenstown. The rustic bar has 20 rotating taps on offer. From Wellington to Auckland and all the way down to Kaiapoi in Canterbury, they have craft beer from all over New Zealand in one awesome bar.

On top of that, the food at Smiths Craft Beer House is out of this world! Imagine rustic meals including big burgers, pizzas, wings, and even deep-fried pickles. My favorite though? The authentic Canadian poutine! Yes, just like every Canadian I love good poutine and Smiths is the best I’ve had outside of Canada. They also serve really good vegan options including a jackfruit burger!

Smiths is a lively bar especially as the sun goes down and easily one of the best places to try a range of craft beer in Queenstown!

My favorite place to try their beer is at Slow Cuts. Slow Cuts serve amazing food and nothing pairs better with craft beer than great food. The small restaurant is located in the heart of Arrowtown and I love their outdoor seating in the cute little square just off the main drag.

Slow Cuts was one of the first places to partner with Lake and Wood Brew Co and I’ve been drinking their beer there for years. In fact, I actually met one of the brewers on my first visit and enjoyed a small tasting with him and our group! To me, visiting Slow Cuts is a must-do activity in Arrowtown and when I’m in town, I always stop by.

You can also taste Lake and Wood Brew Co beers at La Rumbla, Fork & Tap, and The Dishery in Arrowtown as well as Beech Tree, Sherwood, and Smithy’s at Milbrook.

Related read: Visiting a brewery or craft beer house in Queenstown is one of the best activities to do to escape the rain – get a few other good ideas for things to do on a rainy day!

Just in case you didn’t get enough craft beer in Queenstown I will also tell you about 4 must-visit breweries in Wanaka. Did you know Wanaka actually has the most breweries per capita in New Zealand!?

The four breweries I love in Wanaka are Rhyme and Reason, Wanaka Beer Works, Ground Up Brewing, and b.effect Brewery. That’s four awesome breweries all within around 5 minutes of each other. It’s hard to pick a favorite, but since you’re twisting my arm, I’d say it’s Rhyme and Reason.

Most people who come to Queenstown visit Wanaka and with all the awesome things to do in Wanaka, it’s a must. Of course, why not try even more craft beer and keep the buzz going!

Related read: You can also try really good craft beer at the Cardrona Hotel located halfway between Queenstown and Wanaka. This hotel is a historic icon of the area and a great stop on any drive from Queenstown to Wanaka. Plus, it’s one of the best cheap things to do in Wanaka.

If you came to Queenstown with a thirst for craft beer then you’re going to be pleasantly surprised at just how awesome the craft beer scene here is. Seriously, you could visit four breweries and drink over 100 craft beers all from the places mentioned on this list. And just in case that’s not enough, head to Wanaka to visit four more breweries! It’s safe to say we are pretty spoiled for choice! 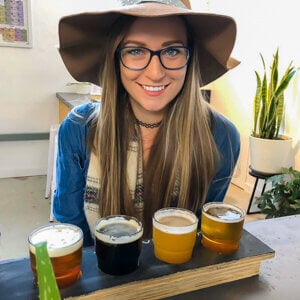 Hey, I am Bailey!

A lover of mountain peaks, craft beer, and of course, New Zealand! Not long after visiting NZ for the first time, I packed my bags leaving behind the cold weather in Canada to settle in this beautiful place called Queenstown! 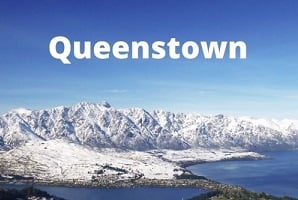 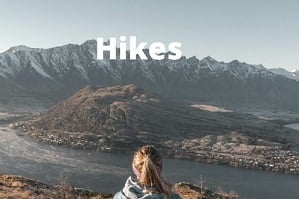 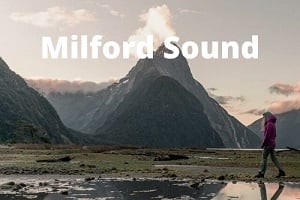 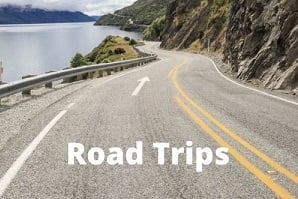